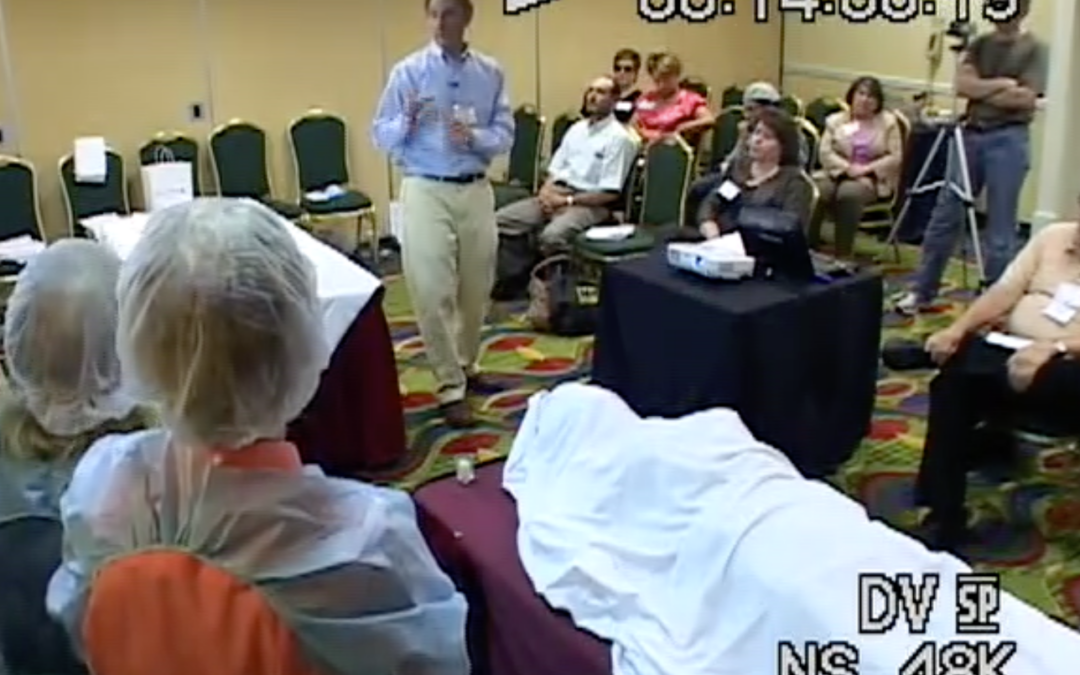 Featuring Rick Light and members of
the Atlanta Chevra Kadisha

At the 2010 Conference, a taharah demonstration facilitated by Rick Light was filmed. This demo included members of the local Chevra Kadisha who demonstrated actions as Rick spoke.  During the demo, Rick refers to a Powerpoint slide show. The video, however, does not capture the detail of the Powerpoint, so it is recommended to open the Powerpoint PDF file separately on your computer or in a different browser window.

Below you will find this demo divided into five video recordings, each approximately 30 minutes in length. The first recording plus half of the second one comprise the demonstration itself. The remainder of Part 2 and Parts 3-5 are the question and answer discussion following the demo.